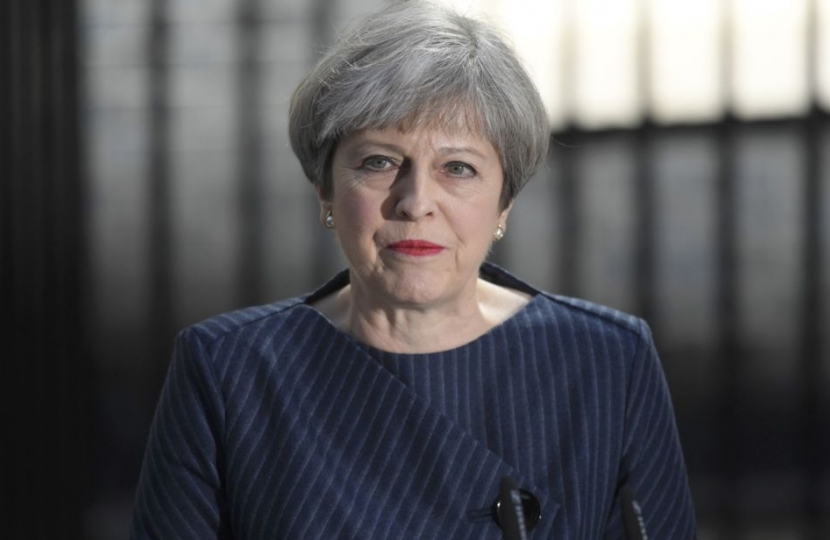 Esher and Walton Conservative Association welcomes Prime Minister Theresa May's announcement of a General Election to be held on Thursday 8 June - and we will be working hard to return a Conservative MP.

We hope to confirm our candidate in early May. The current Esher and Walton MP is Dominic Raab, a former Justice Minister who was elected in 2010 with an 18,000 majority which he increased to 28,000 at the 2015 election. You can read more about Dominic's record and priorities here.

Patrick McLoughlin MP, Chairman of the national Conservative Party said the election would create the possibility for the "strong and stable leadership the country needs" to see us through Brexit  and beyond.

He added: "Every vote cast for Theresa May and the Conservatives will strengthen Britain’s hand in the Brexit negotiations. It is the only way to ensure we have strong leadership, certainty and stability. An election now will give the country stability and certainty for a full five years, not just up to the point at which we leave the European Union but beyond it too."

EWCA will have more to say on the General Election in the weeks ahead. In the meantime the local party is campaigning for a strong showing in the Surrey County Council elections on 4 May. Despite austerity, Conservatives are creating school places, funding social care and investing infrastructure such as our roads network - and we're making the case to Government for fairer funding. See our manifesto and candidates.

If you would like to help the Conservative campaign for county elections or the general election, email our Deputy Chairman Dr Peter Szanto.