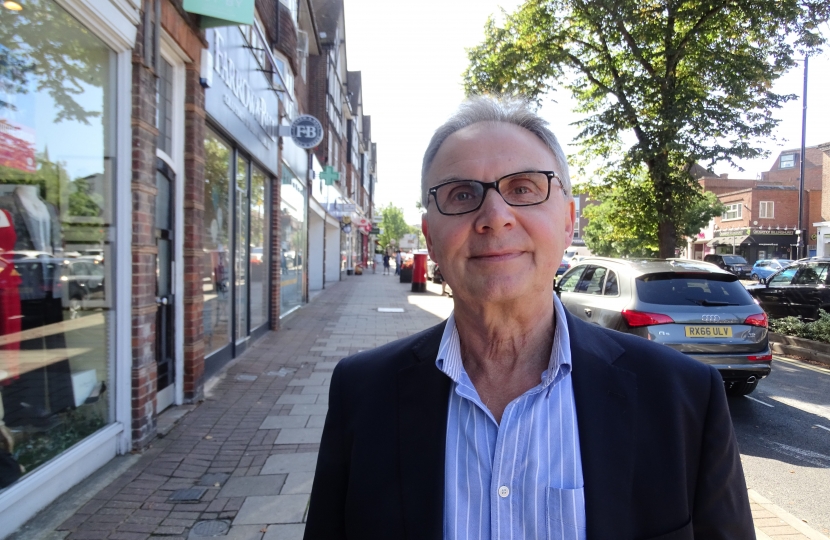 Dr Peter Szanto, a recently retired executive for a major oil company, has been selected to contest the East Molesey & Esher seat at next year's Surrey County Council elections.

He hopes to bring his wealth of business and organisation experience to the service of Surrey County Council and local residents, and already has experience of local government having served as an Elmbridge Borough Councillor from 2015-16.

Peter moved to London from Sydney, Australia, at age 11 and went on to attend a grammar school and obtain a PhD in Chemistry. He joined the oil industry as a research scientist and held 16 different roles of increasing scope and complexity in his 33 year career. At various points he managed a workforce of over 130,was responsible for increasing efficiency and sales from over 1,000 UK service stations and developed strategy for a global retail business of over 30,000 outlets. After retiring in 2014 and with time on his hands, Peter decided to get involved in local politics and was selected as a candidate for East Molesey at the 2015 elections, where he defeated a sitting Residents Association candidate.

During his year in office Peter earned a reputation for being one of the most hard working councillors and served on eight committees, including overseeing council finances, sustainability and affordable housing, and was also a borough member on the Surrey County Council Local Committee.

Peter is married to Ros, a retired ophthalmologist who is an expert member of a medical research ethics committee.They have two grown up daughters, one  a junior doctor, the other a solicitor.

He said: “I can bring a wealth of business, management, negotiating and strategic thinking skills to the Council to ensure it provides the most effective and efficient services in challenging economic times. I am highly committed and enthusiastic, keen to get things done in a safe, ethical and professional manner. I’m looking forward to engaging with residents and hearing your views on how we can improve roads, schools, health and other services in Esher.”

Peter can be contacted via MoleseyEsherPete@gmail.com