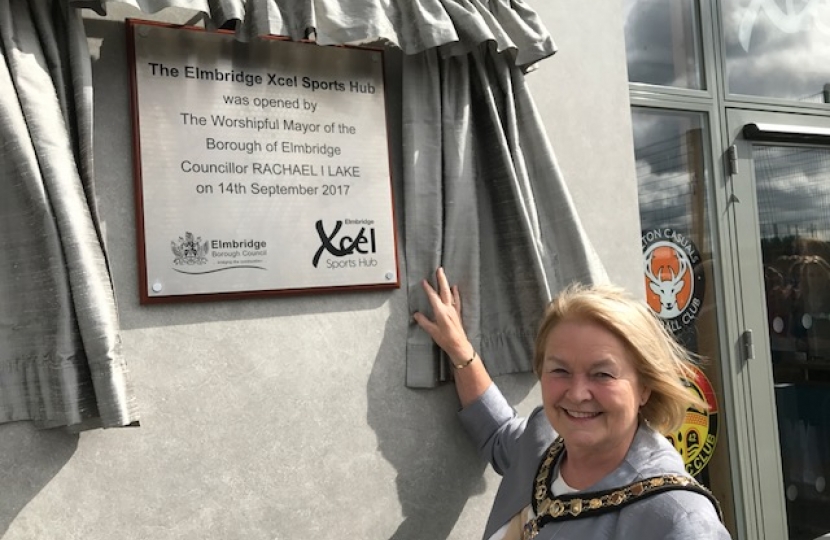 Representatives of Walton & Hersham and Walton Casuals football clubs and Walton Athletics - who will all be based at the new facilities in Waterside Drive, Walton-on-Thames - joined dignitaries from around the borough and county.

The Sports Hub had been a flagship project of the last Conservative administration and has been several years in the making. It was opened in style - the tape was cut, photographs were taken, speeches were made and a buffet lunch consumed.

Walton South councillor, Malcolm Howard, who is a keen runner, said: "The Sports Hub is already buzzing with activity and I am also pleased to see that the Surrey County Athletics Association (SCAA) has organised its annual social event for track and field officials at the pavilion on 27 October, after praising the Hub as the ‘premier Athletics facility’ in Surrey."

His ward colleague, Cllr Chris Cross added: "I have strongly supported this project from the very beginning, as I could see the advantages for our two football clubs, the athletics club and wider community. I am delighted with the finished result and I’m confident our residents will enjoy the benefits of it for many years to come."

In September, the Planning Committee of Elmbridge Borough Council approved the re-development of the former Walton & Hersham FC ground at Stompond Lane to become 54 homes, a day nursery and associated parking. The sale of the site will cover the borough’s costs incurred in building the Sports Hub.