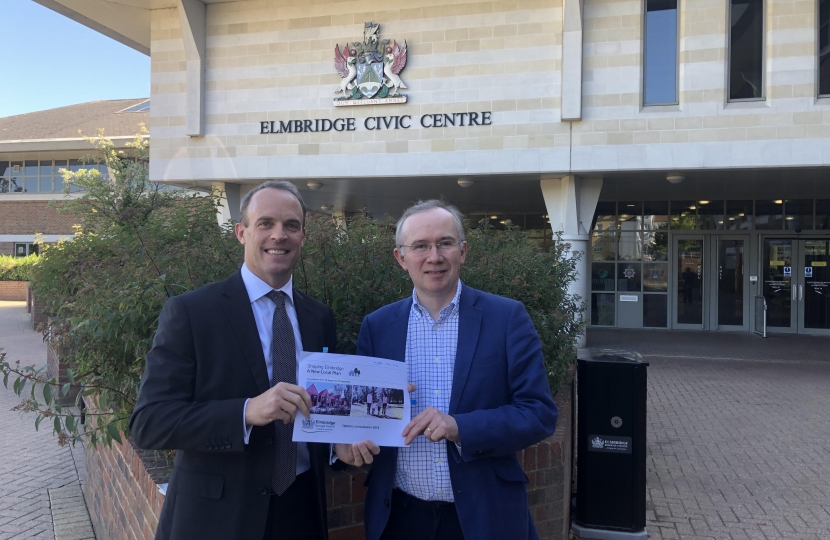 Elmbridge's final full council meeting of 2019 saw the Resident Association parties and Liberal Democrats revert to type: by wasting taxpayers' money and watering down defence of the Green Belt.

First they changed the way the borough charges for car parking, by linking hourly rates to occupancy levels. This risks a situation where a car park user can buy a ticket at one price and discover to their cost that the hourly rate has gone up while they were away (a recipe for confusion or worse).

They also introduced free parking for electric vehicles (and free electricity paid for by the taxpayer at Cobham's Hollyhedge Road car park). Conservatives are in favour of promoting greener alternatives, but it cannot be right that residents who cannot afford (currently) expensive electric vehicles must effectively paying to subsidise the better off who can afford them, as these RA/Lib Dem changes seek to do.

The RA/Lib Dem coalition has also decided to blow a hole in the budget by scrapping parking increases that were agreed in February. As the governing administration they have the right to do this, but it is deeply worrying that they have opened up a funding blackhole of at least £126,000 without saying how they would pay for it. This is in addition to a £1.2 million shortfall that already needed to be addressed. Council reserves are bound to be frittered away in order to pay for this.

Secondly, given the opportunity to support a motion put forward by the Conservative Group to honour the result of the recent Local Plan consultation in which 85% of those responding supported the protection of the Green Belt, the Lib Dems / RAs flatly refused.

Firstly they tried to argue that our motion would unlawfully predetermine the Council’s position. This was given short shrift by the Council’s senior legal officer. Next they put forward an amended, watered-down motion promising to “do all it can” to protect the Green Belt. They refused to accept any toughening-up on the message.

Commenting on the developments, Conservative Group Leader, Councillor James Browne said: "The message is clear. The present administration are not serious about fiscal responsibility or about protecting our green belt. The RA/Lib Dems have no stomach for a fight with the planning inspectorate. A vote for any of them in May next year is a vote for the destruction of our open spaces and wasting of our precious reserves. The Local Plan process cannot be left in their hands."

As we enter the new year the stakes could not be higher, as whoever wins the local elections in May has two full years in control. Only a Conservative-run Elmbridge will provide the environmental protection and fiscal responsibility that Elmbridge needs.

Recent years have been a time of challenge, upheaval and difficult decisions for Surrey County Council, but with a programme of reform underway, we can look to the future with renewed optimism, writes Peter Szanto, County Councillor for East Molesey and Esher.