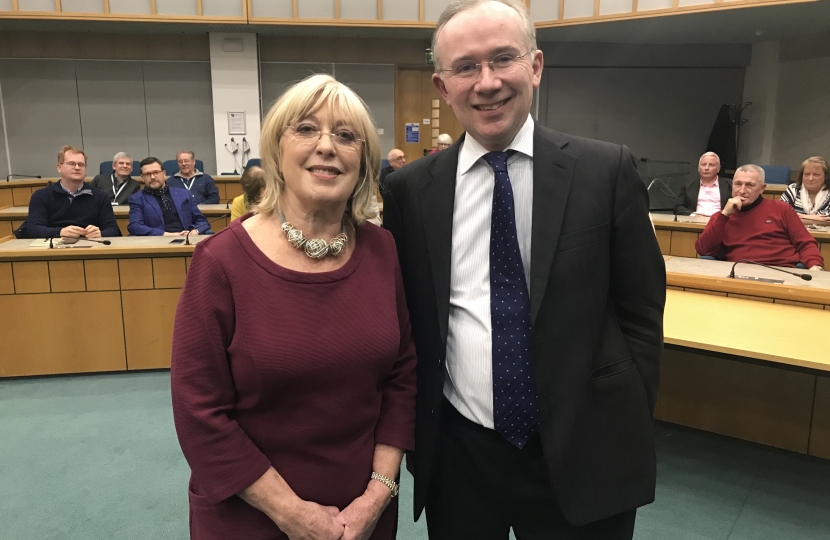 It follows a cynical vote by councillors in the coalition administration to scrap a cross party report which had identified several ways that the council could recover some of its £9M losses - consigning months of work to waste paper bin.

Cllr Browne took the Administration to task at Full Council meeting on 30 September, posing the question: "Given that the group was set up in order to focus the debate on how this council should achieve a balanced budget and rebuild its reserves, would it not be right for our residents to conclude from what happened last week that at some level the Administration deliberately orchestrated the sabotage of the Financial Plan Task & Finish Group report?"

He went on: "Would they also be right to conclude as a result that this is a weak and directionless administration which not only has no developing plan to balance the books and is just leaving everything to the officers? Is it not in fact the case that the Administration given the choice would frankly rather use up all of the Council’s reserves and let it drift towards insolvency provided that by doing so the Residents Association political parties and the Liberal Democrats can avoid having to take any difficult decisions about service delivery?"

Council leader Stuart Selleck denied knowing that his councillors had planned to scupper the report at the September Overview & Scrutiny Committee.

He highlighted a communication by Walton Society councillors Sadler and Woolgar during the 2019 Local Plan consultation where they advised Walton residents as follows: “We suggest you describe your favoured option as “Providing 5,300 homes with the release of 3 areas of Green Belt. The Green Belt land will provide 1400 homes and the remaining 3,900 homes can be built in the urban area”.

Cllr Browne asked: "Is it not the case that the fundamental cause of delay [in publishing the plan] has been the fact that the present Administration are hopelessly divided on the fundamental question of whether to protect the Elmbridge green belt or not?"

Likewise, Cllr Selleck's own Molesey Residents Association party, says on its website "We believe that a more pragmatic approach should be taken, with new development being spread across the whole Borough... it would inevitably mean allowing some limited development in areas which are currently within the Green Belt."

The Conservative group remains united and determined to protect the Elmbridge green belt from development. The same cannot be said of others.