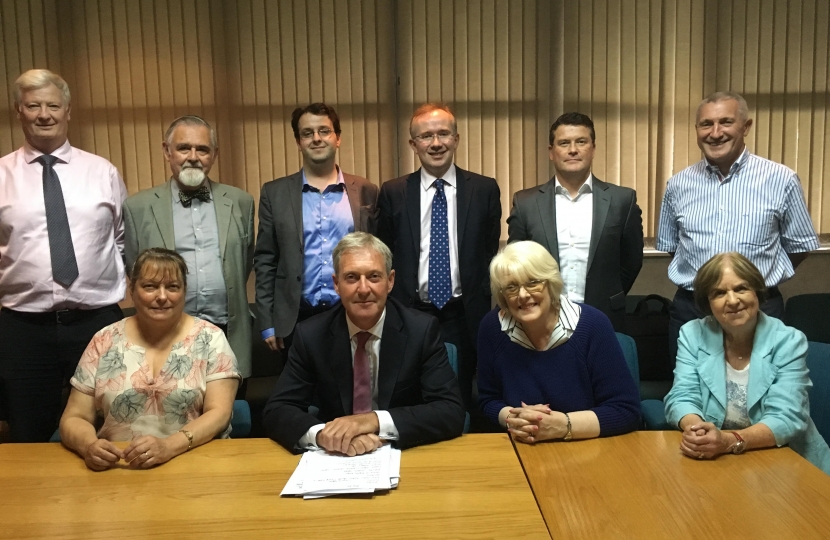 Elmbridge Conservative leader, Councillor Tim Oliver, has appointed a Shadow Cabinet to provide effective scrutiny of the seven residents associations and Liberal Democrats who are currently running the Council.

His 11-strong team includes several highly experienced former Cabinet members who will closely monitor the portfolios they previously held before the May election.

Shadow Cabinet members will have full access to Council officers to ensure they are briefed on department business and will be holding the Administration to account in the interests of Elmbridge residents and local democracy.

Councillor Oliver commented: “The Conservative group received nearly half of all the votes cast in May and we are going to act responsibly and in the best interests of the borough. We are not going to sit on the back benches and complain, instead we want to actively ensure that the Council continues to pursue sensible policies.

“Elmbridge is now being run by a Coalition of seven separate Residents Association groups propped up by the Liberal Democrats. They have no clear manifesto commitments as a coalition and we are concerned that any decision will be a compromise decision. We indeed to remain fully committed to working with any Councillor or group of Councillors who want to deliver continued improvement to our residents’ well-being and to the services this Council delivers.”

The Shadow Cabinet met for the first time in June to discuss big issues looming on the horizon for the Council including a greenbelt review and the proposed sports hub in Walton.

Members of the Shadow Cabinet are: