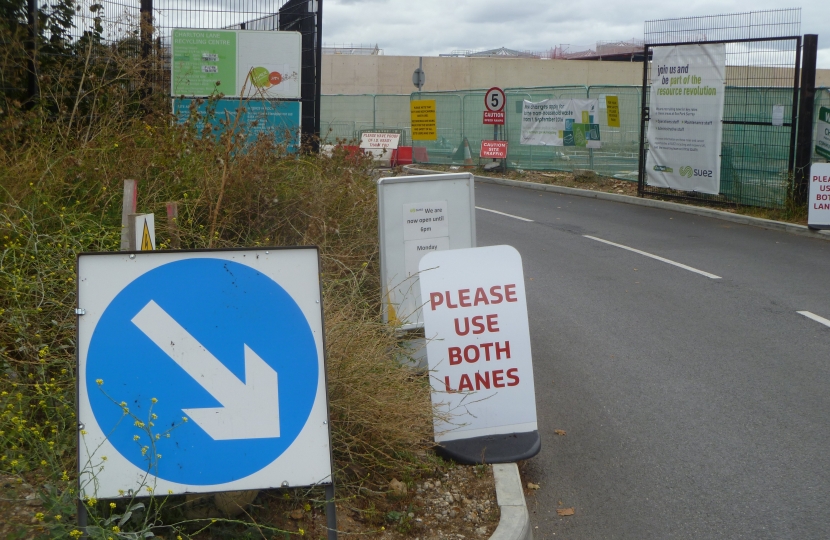 A leading Liberal Democrat has raised a few eyebrows by suggesting that the blame for fly-tippers and litter louts in Elmbridge should be laid at society’s door.

He said: “The reason that people litter has more to do with them feeling as though they don’t belong to a community. We should be doing more to tackle the deeper issues that cause fly-tipping. People litter when they don’t have a sense of shared ownership or responsibility for a place. If we understand why they don’t then we can try to solve the problem.”

The Lib Dem councillor made the comments in response to questions from the newspaper about whether a decision to introduce charges for some waste at Surrey recycling centres – including at Charlton Village - could result in an increase in the illegal dumping of waste.

Last year alone, Surrey taxpayers forked out nearly £1 million to clear up after fly-tippers. Desborough Island is considered to be a fly-tipping hotspot and Walton Road in West Molesey had to be closed in 2014 after it was blocked by a large quantity of building waste.

Surrey County Council introduced charges for ‘non-household waste’ at its nine recycling centres in September. These now apply to tyres from motorised vehicles (a £5 charge) and construction waste such as plasterboard and bricks, as well as rubble, soil, stones and turf, at a rate of £4 per bag. However residents do have a free daily allowance of chargeable waste from the construction, alteration or repair of their home or garden.

Cllr Tim Oliver, who leads the Elmbridge Conservatives, said: “For Cllr Davis to blame the Council or society for fly-tipping is a bit patronising. I don’t see why people who don’t feel part of their community should display that by not bothering to go to a tip.

“We will need to be vigilant against fly-tipping but at the end of the day there is a cost to disposing of these materials - either we all pay on our council tax or the individual does.

“The charges reflect the cost both financial and environmentally of landfill materials. There is no real way to recycle the items that are being charged for and there is some merit in the idea of user pays. It is a fairly limited list at the moment.”

Elmbridge Council carries out environmental enforcement and records fly-tipping incidents on a national database.
In the last year, while the Conservatives still ran the council, there was a successful prosecution that resulted in imprisonment for the offender. If you have information about fly-tipping you can report it at http://bit.ly/2dNnJ2Z