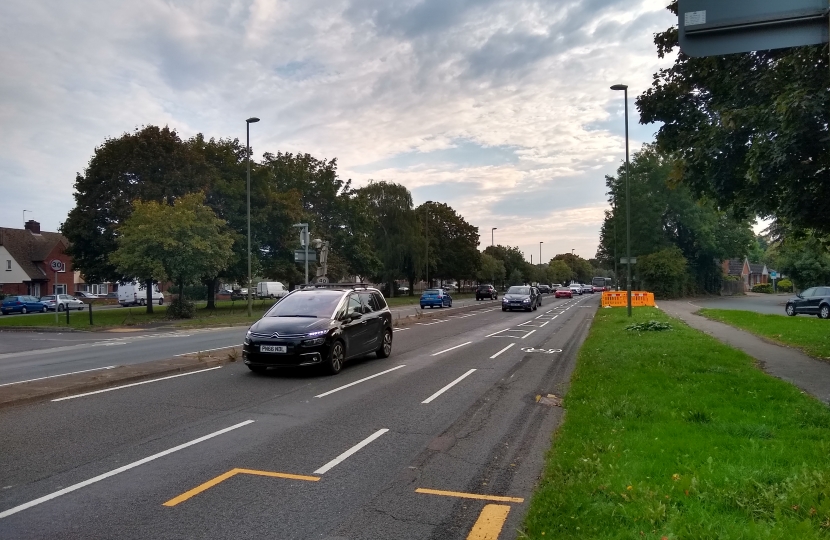 The fundamental reason why your Conservative councillors have conditionally supported this initiative goes back to
March 2019 when, following a tragic fatality in 2017, a 2892 signature petition was submitted to the Elmbridge Local Committee seeking a feasibility study to consider options for improving pedestrian safety on the A244 Hersham Bypass.

This is all about enhancing safety along a dangerous road where the speed limit is routinely and excessively breached.

Evaluation work on a feasibility study was well underway. Several alternative options were being examined including:

When the Active Travel scheme was introduced by Government during the current C-19 crisis Surrey Highways realised that the scheme they were going to recommend could be introduced much more quickly and at no cost to Surrey taxpayers. They therefore immediately looked at applying for this funding for the scheme. Active Travel requires
Highway Authorities to take space away from motorists and reallocate it to pedestrians and cyclists.

The timescales imposed by the Government for the Active Travel programme have meant we were unable to undertake the usual kind of consultation, though this would take place once the pilot has been completed, if it were to be made permanent.

The scheme being implemented along this one kilometre stretch of dual carriageway reduces the road to single lane each way, provides improved cycle lanes, reduces the number of cars breaking the 40mph speed limit, and above all, introduces three uncontrolled pedestrian crossings near each of the three bus stops. The £70k cost is entirely funded by the Government not Surrey taxpayers. So far about £20,00 has been spent on the project.

Highways engineers assured us that the capacity of the road is determined by access to the roundabouts and the link roads, not by the number of lanes on most of the road, and that this scheme would not adversely impact road congestion. This scheme reverts to two lanes well before the roundabouts at each end to maintain traffic flow capacity as before (though their length may change based on actual flows). However, many people voiced fears that, on the contrary, the scheme would cause traffic chaos and congestion. We too would find that totally unacceptable and should it happen, the scheme would be abandoned. These concerns were understandably exacerbated by the congestion caused during the implementation of the changes in early/mid-August, since more of the lanes needed to be coned off to protect workers in the road.

We therefore decided that an additional trial was needed to test traffic flows as the road became busier and so, at our insistence, work was paused on the scheme from August 22nd. This additional trial will last until November.

Three Councillors have been monitoring the impact on at least a twice daily basis and during busy periods. The results have been positive so far, but on three mornings, there have been delays (not caused by the scheme itself but because of congestion in Esher) from around 8.15am to 8.40am towards the Princess Alice Roundabout. These will be addressed by extending the two-lane approach and possibly also amending the timing of traffic lights in Esher.

Should the present traffic impact test be successful, the three pedestrian crossings will be completed, and the full scheme will then be trialled as designed. We will consult with residents before any decision is taken as to make it permanent.