Mary Sheldon is a Conservative Councillor for Hersham Village and the Mayor of Elmbridge for 2019-20 and 2020-21.

Mary was first elected a Borough Councillor in 2006, living in and representing the former Hersham North Ward. After her four-year term she was re-elected with an increased majority in 2010 and has effectively represented the residents of Hersham since then. Throughout her tenure she has served residents faithfully and with distinction, drawing on her experience gained as a researcher, first for the BBC and then in marketing, to help in understanding local issues, and pursuit of problems to their ultimate solution.

As a member of the Conservative Councillors Group, Mary served on the Council’s Cabinet as Portfolio Holder for Leisure and Cultural Services. She was actively involved in Hersham Village Green, Coronation Recreation Ground and Hersham Recreation Ground, where she secured the Borough’s first Splash Park, three other play areas and numerous open spaces. 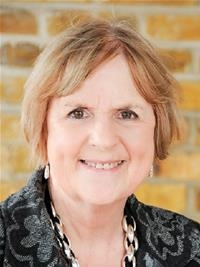